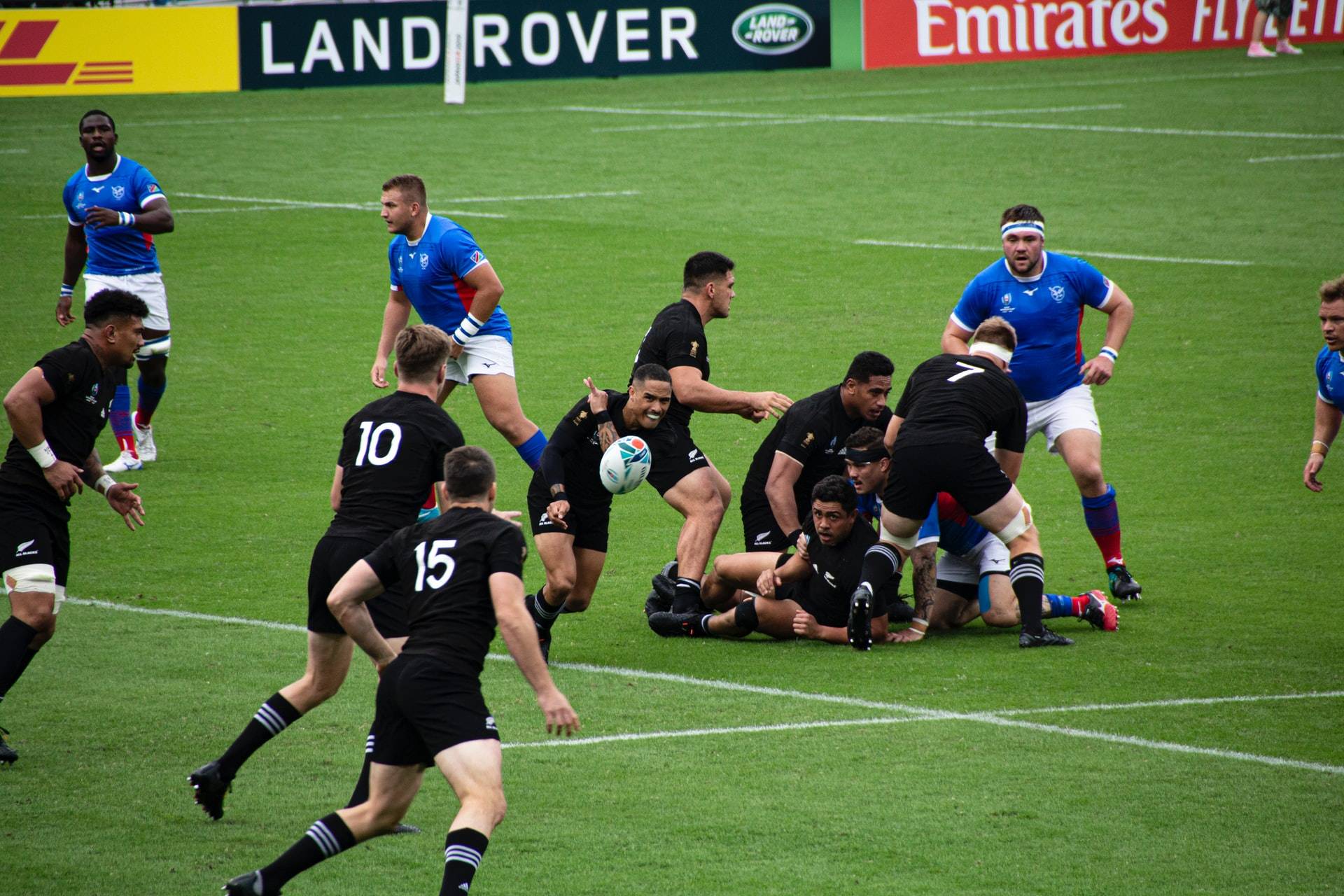 Rugby Union and Rugby League both share basic rules and use a similar shaped ball. The aim of both games is to score more points than the opposition during the 80 minutes of play through tries, conversions, penalty goals and drop goals.

In both Rugby Union and Rugby League, the ball can be carried forward in three different ways; by kicking it, by a player running with it, or as a result of a set-piece. The ball can also be passed from hand to hand between teammates, however it can only be done in a backward or sideways direction, it cannot be passed forwards although it can be kicked forwards. If the ball is dropped in a forward direction it will result in a scrum, essentially re-starting the game.

Only the player holding the ball can be tackled. This is done in attempt to stop the player moving forward, bringing him to the ground. Play will re-start with the ball transferred to another player.

The playing positions for both Rugby Union and Rugby League are divided into “backs” and “forwards.” The backs are usually faster and do more running, scoring most of the points. However, the forwards are involved in the more physical part of the game and usually will do more tackling.

Some of the other differences between Rugby Union and Rugby League include:

These are just some of the biggest differences between the two codes. However, if you were to look deeper into each sport you would notice that other rules that differ as well, even if it’s just in a small way.

CHECK OUT OUR Fitness products