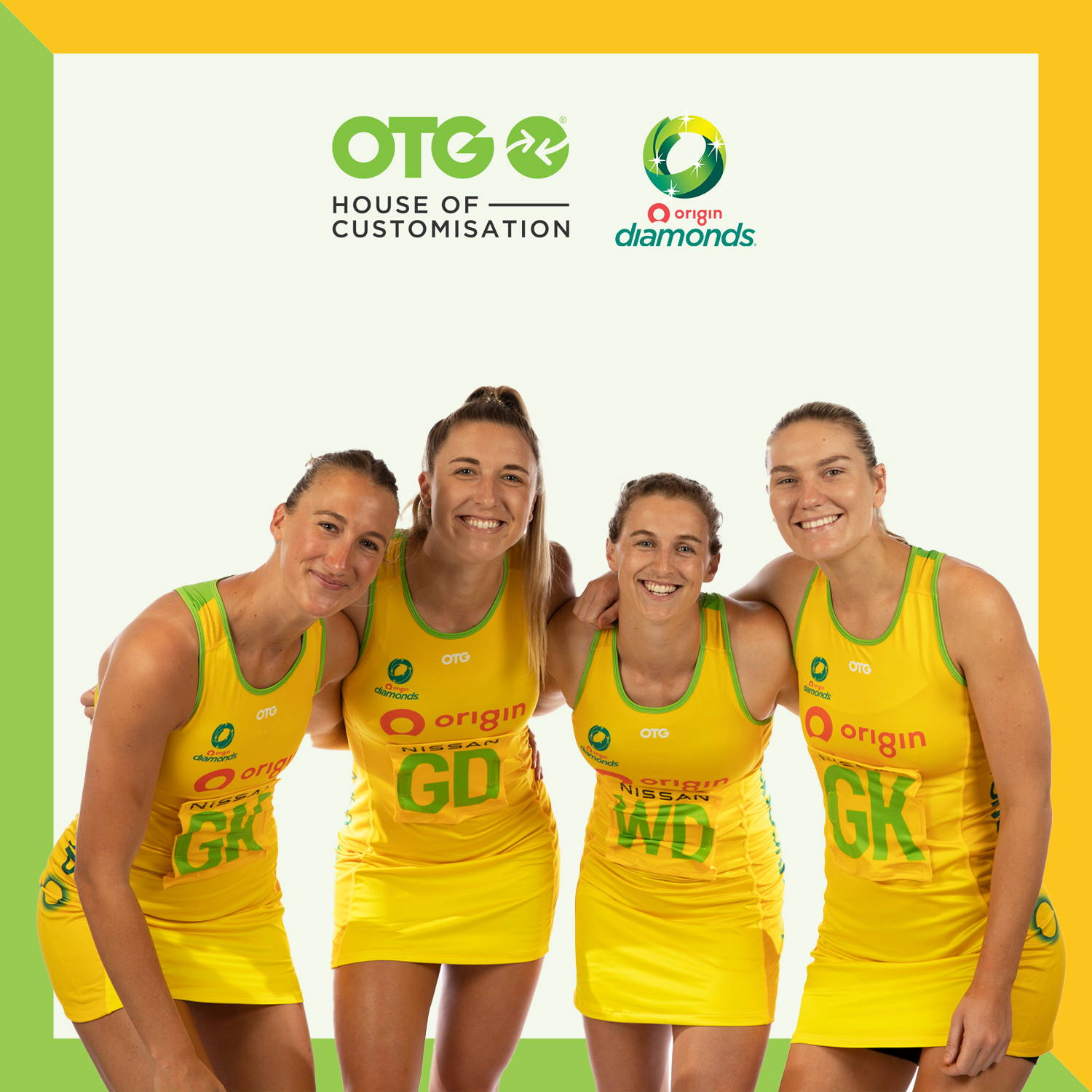 OTG is proud to announce a new partnership with Netball Australia – becoming the Official Apparel and Online Partner.

The new deal will see OTG become the official apparel and accessories provider for the Origin Australian Diamonds and Suncorp Super Netball umpires and officials.

As part of the partnership, OTG will build an online platform with Netball Australia to aggregate the order needs of all grassroots players and fans into one seamless online shopping experience.

OTG’s online shop platform will also host a curated range of netball products and apparel specifically designed and developed with input from a group of Origin Diamonds athletes.

“We want to continue growing netball’s reach and improving our online offering to consumers, so to have OTG’s expertise and platform, which is a model built specifically to achieve these outcomes, will boost netball in Australia enormously,” he said.

“We are also focused on growing the national economy of the sport at a grassroots level and, by providing clubs and associations and with a merchandise solution that is reliable, customisable and cost efficient, it will assist with their ongoing sustainability.”

Our CEO, Mick Spencer, is thrilled to be aligning with Netball Australia and the Origin Diamonds.

“Signing with a such a notable team is a huge achievement for us in what has been a challenging year for sport in Australia, we are very excited for what’s ahead in a collaboration between an Australian made and owned business, and an Australian icon like the Origin Diamonds,” he said.